It took me YEARS to decide to get one of these mixers. Why? Cost. These things go for up to $285 and it’s just easier to justify spending $30 for a decent hand mixer and being done with it. However, if you’re thrifty (and I’m cheap as hell) you need to find a way. It’s worth it! No more half mixed recipes and having to constantly mix one thing while part of your recipe burns from your neglect. And this thing has attachments that make life so much easier!

What I did was I waited until it was on sale at a store where I had both coupons, earned rewards, and a special deal on the store credit card. I got this mixer for $100 off the original retail price. And I could not have been happier. Now, through the years I’ve actually scored more through secondary ownership (yard sales, friends who no longer want theirs, etc…). So keep your eyes peeled. These things do NOT wear out easily. So just because someone wants to get rid of one, doesn’t mean anything is wrong with it.

KitchenAid is a brand to trust. They just keep going. I am so glad I decided to put quality over price this time around. My life has been so much better for it. I love to cook but the prep can be exasperating. This takes a lot of the prep work away or makes it very convenient making me a happy camper. It doesn’t just mix – you see because it’s a stand mixer, that motor has a lot of uses.

I felt like I had been robbed by another company (whose products are good but, damn!) because I had purchased a HAND CRANK SPIRALIZER for $50! What was I thinking?

These accessories are so easy to use, too! I can whip these things together on my mixer in less than 2 minutes and instead of grated knuckles and sore hands and arms… I have results. My next purchase for it might’ve been the meat grinder and sausage maker, but since going mostly veggie based diet, not sure if that will come in handy for me or be cost effective. Though, they do have a pasta maker and an ice cream maker….hmmmm….

My biggest suggestion (because I’m a cheapskate) would be to definitely use your coupons and rewards programs to the max. Also compare prices on what you’re getting. I thought I had found a deal through an online company, but turns out the accessory only had 2 blades with it while the local outlet center had an accessory with 4 blades in it and cost only $10 more. So be aware of what you’re getting and for which price. 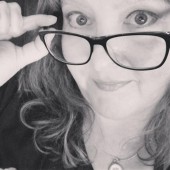 Why I Love My Bullet Blender