Built with insulation partly made of corn fibre and reinforced with special patent-pending layers, VEGAGOOZ parkas are ultra warm, easy to maintain, and approved by PETA for its animal-friendly material.

“I’m excited to be able to offer an alternative to down coats that is not only cruelty-free, but with its partially plant-based insulation, it is a more eco-friendly product. In addition, its European construction is one that combines beautiful cut and high quality, so I hope it will meet the needs of people looking for an option that truly combines fashion and compassion,” says An Pham, BOÏDA’s designer and founder.

Why avoid down?
Canada is home to many well-known brands of down-filled outerwear but there is a growing awareness of animal mistreatment in the fashion industry. With the rise of the vegan movement, several major fashion labels have already announced that they will stop using fur in their future collections. Down is not often in the spotlight for animal exploitation, but it is not a victimless material.

Despite the fact that changes have been made over the years in the way feathers and down are harvested, 1% to 3% of ducks and geese worldwide are still subjected to the tortuous practice of live plucking.

If we believe that these numbers are not actually higher, this still represents 30 to 90 million birds each year that are live plucked, a process that is repeated up to four times a year.

Some manufacturers have moved away from this practice, claiming that their suppliers only collect feathers post-mortem. However, verification and control of plucking practices is difficult and there is no way to ensure that breeding and slaughter is carried out without suffering. Also it should be noted that the down trade provides an additional source of income for production farms and slaughterhouses. It is therefore not simply a by-product of the duck and goose meat industry, as it finances and helps perpetuate the latter.

Plant-based & synthetic insulation vs. Down
The VEGAGOOZ parka offers all the benefits of a down coat by its warmth and lightness, but unlike down, it remains warm even in wet weather, dries very quickly and is machine washable. In addition, thanks to the proprietary insulating layers, these coats offer protection against wind and superior water resistance without additional chemical treatment.

Where to find VEGAGOOZ
Until November 15, the VEGAGOOZ parka is available for pre-order at the special introductory price of $389. Its regular price will be $465. The expected arrival date is January 31, 2020. For more details and to pre-order, please visit Boida Athletica

About BOÏDA
Founded in Montreal, Canada, BOÏDA offers vegan outerwear designed to inspire people to make choices that support animal rights, justice and a peaceful lifestyle. Their collection is entirely vegan and approved by PETA.

BOÏDA launched its first VEGAGOOZ model in the fall of 2018, which was a compressible vegan coat. The coat was selected to be part of a sustainable fashion event in New York, and was also presented at Vegan Fashion Week in Los Angeles last January. 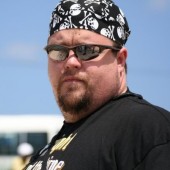 Hello world, my name is James Adams and I am one of the folks behind noobcuisine. In the past I truly fancied myself as a meat and potatoes sorta guy and cooking for me....Well, if it wasn't chili, spaghetti or BBQ, I was clueless. So when my eating life changed to more vegan lite, the noob came out full force in trying to figure out how to make all these new food dishes. Now I get to share that journey with you.